We would like to offer our sincere support to anyone coping with grief. Enter your email below for our complimentary daily grief messages. Messages run for up to one year and you can stop at any time. Your email will not be used for any other purpose.

Share a memory
Obituary & Services
Tribute Wall
Read more about the life story of William Banks and share your memory.

Colorado Springs, Colorado  - William Banks Flewellen, Jr. passed away on January 3, 2023 in Colo- rado Springs, Colorado. He was born on November 30, 1928 in Charlotte, North Carolina and was raised in Hastings, Florida. He served in the Air Force during the Korean War. Bill received bachelor’s degrees from the University of Florida in me- chanical and electrical engi- neering and spent his career as an engineer with Florida Power and Light. He and his wife, Nelle, raised their two daughters in Ft. Lau- derdale, Florida. In retire- ment, Bill and Nelle moved to West Palm Beach, Flori- da where they both enjoyed many wonderful trips, biking with their Square Wheelers
friends, hiking in the moun- tains of western North Caro- lina, and visiting their grand- children. In later years, they moved to Columbia, South Carolina; Bill was a resi- dent of Wildewood Downs Retirement Community for 12 years. Bill was a devot- ed Rotarian and took partic- ular pride in selling pecans each fall through the Spring Valley Rotary Club. In No- vember of 2022 he moved to Colorado Springs, Colorado to be closer to family.
Bill is survived by his el- dest daughter, Linda Flewel- len Gould (Bob), four grand- children: Stephen McKinney, Lilly Flewellen (Nick), Mary Salazar (Jesse), and Daniel Gould (April), and his dear friend Pat Harvin. He was predeceased by his wife of 63 years, Nelle Flewellen, and their youngest daugh- ter, Sandra Flewellen. His family especially wishes to thank the wonderful caregiv- ers who were a part of Bill’s life in his later years. A pri- vate graveside service will be held in the spring. In lieu of flowers, the family suggests memorials in honor of Bill to either Northeast Presbyteri- an Church (Columbia, South Carolina) or Rotary International.

To send flowers to the family or plant a tree in memory of William Banks Flewellen, Jr., please visit our floral store. 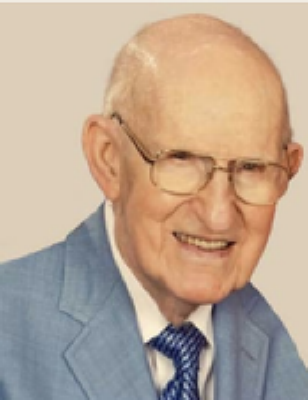 Look inside to read what others
have shared
Family and friends are coming together online to create a special keepsake. Every memory left on the online obituary will be automatically included in the book.

Look inside to read what others have shared

Family and friends are coming together online to create a special keepsake. Every memory left on the online obituary will be automatically included in the book.

You can still show your support by sending flowers directly to the family, or by planting a memorial tree in the memory of William Banks Flewellen, Jr.
SHARE OBITUARY
© 2023 Kornegay and Moseley Funeral Home. All Rights Reserved. Funeral Home website by CFS & TA | Terms of Use | Privacy Policy | Accessibility